Prague is the capital of the Czech Republic and its largest city, it is the historical capital of Bohemia and the 13th largest city in the European Union. Located in the Vltava river area, Prague is home to around 1.3 million people, and its metropolitan area is estimated to have a population of about 2.6 million. The city has a temperate oceanic climate, with fairly warm summers and cool winters. Prague is the home to a good number of widely-known cultural attractions, many of which have survived the destruction and violence of 20th-century Europe. The main attractions include the Prague Castle, Old Town Square with the Prague astronomical clock, Charles Bridge, the Jewish Quarter, Vyšehrad and Petřín hill. Since 1992, the expansive historic center of Prague has been included in the UNESCO list of World Heritage Sites. 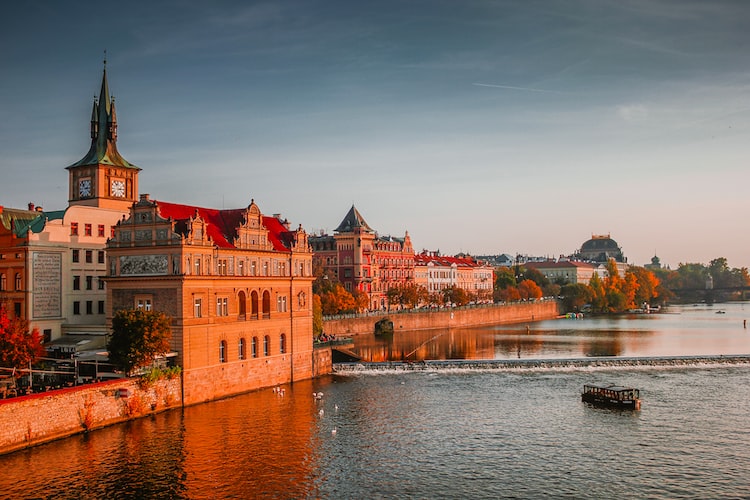